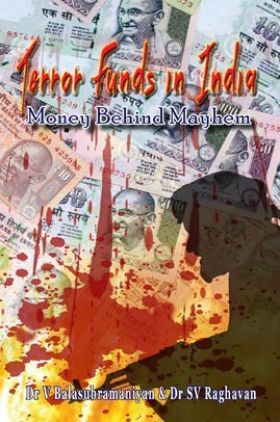 In the bulk of literature about terrorism in India, one vital aspect has seldom been studied or researched – money behind terrorism. However, the 2008 Mumbai attacks, commonly known as ‘26/11’ changed this to a great extent. In the immediate aftermath of the 26/11 attacks, the Indian government commissioned specialised agencies and enacted legislations in order to curb the money flow to terrorist and insurgent groups like LeT, IM, Maoists, and the ULFA.

Money pays for organisational costs such as indoctrination, recruitment, training, weaponisation, shelter, infrastructure, safe houses etc., and operational costs such as planning and executing terror attacks. These groups individually generate anywhere between `25 crore to `1000 crore annually to underwrite their expenses.

Is it really possible for these groups to generate such astronomical sums giving legitimate corporate houses a run for their money? Is it really possible to quantify their annual budgets? If so, how does LeT, IM, Maoists, and ULFA raise, move and store such phenomenal sums of money?.

5. India’s Response in Combating Financing of Terrorists and Insurgent Groups in India