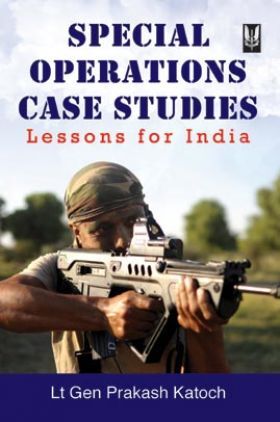 This book in four sections covers the ‘Operational Milieu and Special Operations’, ‘Successful Special Operations’, ‘Failed Special Operations’, and ‘Implications for India’. It covers regular, irregular and mixed operations under the rubric of hybrid warfare of select foreign militaries, and Indian experience in sub-conventional operations. A myriad of successful and failed special operations covering a span of over seven decades from 1943 onwards have been analyzed in detail, drawing lessons from each. The last Section, ‘Implications for India’, covers lessons, challenges and recommendations in three chapters. These highlight India’s adverse strategic asymmetry vis-a-vis China–Pakistan, inability of India to put in place SOF structures to optimize the considerable SF potential for employment at the strategic, operational and tactical levels, and ending up with policy recommendations.

1. Lessons from The Study