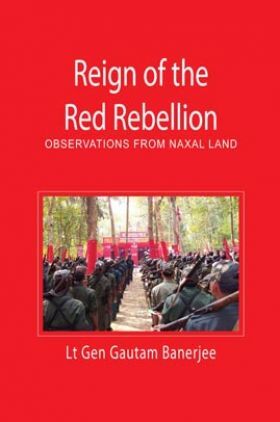 Reign Of The Red Rebellion

In the recent years, the Maoist insurgency in India has assumed a proportion that poses a serious threat to the nation’s internal stability and its socio-economic progress under a democratic dispensation. The Central as well as the affected State governments have therefore undertaken to deal with the Maoist rebellion in a holistic manner. This effort involves redress of the root causes of problem in an environment that must be first sanitised by judiciously executed police action.

To be able to control the Maoist insurgency with the least of conflagration in the society, it is necessary to understand the situation in its entirety. Indeed, there are many publications authored by highly competent political analysts to examine the causes of the rebellion and to show the appropriate ways of grappling with that challenge. There are, however, only few publications that record the situation as it prevails in areas where the insurgency thrives and the experiences of the people affected by it in some manner or the other. This book seeks to fill that void.

2. A Global Overview of Rise of Insurgency

3. Insurgency: A Recount of Indian Experience

4. The Paradigm of Anti-state Violence

7. Observations: Interaction with the Rebels

10. The Maoist Rebellion: Inferences and Assessment

11. Minding the Future Course of Action