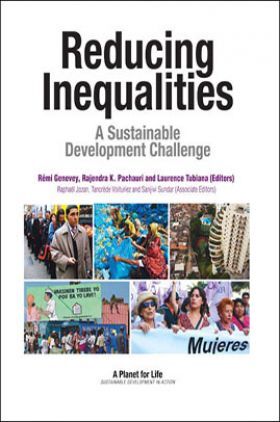 The reduction of inequalities within and between countries stands as a policy goal, and deserves to take centre stage in the design of the Sustainable Development Goals agreed during the Rio+20 Summit in 2012.

The 2013 edition of A Planet for Life represents a unique international initiative grounded on conceptual and strategic thinking, and – most importantly – empirical experiments, conducted on five continents and touching on multiple realities. This unprecedented collection of works proposes a solid empirical approach, rather than an ideological one, to inform future debate.

The case studies collected in this volume demonstrate the complexity of the new systems required to accommodate each country’s specific economic, political and cultural realities. These systems combine technical, financial, legal, fiscal and organizational elements with a great deal of applied expertise, and are articulated within a clear, well-understood, growth- and job-generating development strategy.

Inequality reduction does not occur by decree; neither does it automatically arise through economic growth, nor through policies that equalize incomes downward via ill conceived fiscal policies. Inequality reduction involves a collaborative effort that must motivate all concerned parties, one that constitutes a genuine political and social innovation, and one that often runs counter to prevailing political and economic forces.