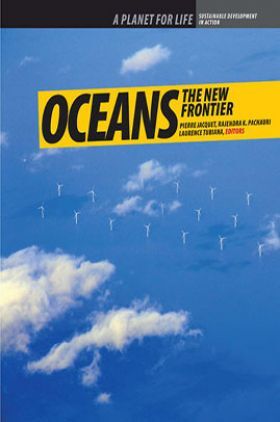 Oceans The New Frontier explores how human community insistently pushes the oceans limits, seeking to exploit all of their varied resources – minerals, fisheries, fuels and genetic material. The ocean frontier is constantly being redefined by new discoveries, technologies, national strategies, and ecological imperatives. Increasing dependence of humanity on the resources of the oceans has blurred the boundaries between the mainland and oceans.

As humanity’s footprint extends, oceans are seeing intense conflicts between actors and issues. The book questions the ability of global governance to regulate access to resources and services provided by the oceans so as to protect the ocean ecosystems. The chapters show how the global governance system has not been adequately responsive while in many cases local initiatives have contributed the solutions. Special sites, like sea-ports, can provide levers for action.