Home General Leisure Read My Years In A Pakistani Prison 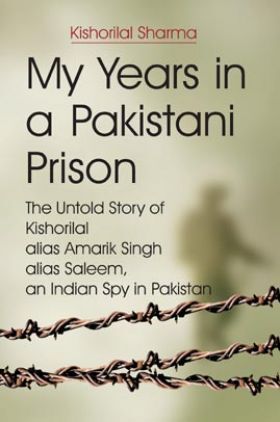 My Years In A Pakistani Prison

My Years In A Pakistani Prison by Kishorilal Sharma
Book Summary:

He was called for his service to the motherland. He reciprocated immediately. Giving up all familial relationships, he partook in a rigorous training programme that was a true test of his heart, body, mind and soul. Fighting off his cowardly hopes of quitting the organization so as to avoid the ordeal, he was finally made battle ready.

Slipped into enemy territory, his espionage attempts met with complete success. However luck soon turned against him, as during his third mission he was seized by the enemy camp and imprisoned. He was subjected to absolute third degree torture and only miraculously, and albeit divinely, escaped the contours of death on more that one occasion.

But he continued to strive towards seeing his own country once again. He looked forward to coming back home. And one day, God gave him that chance. He returned to the border once again, so that he could be united with his fellow countrymen.

4. Induction and the ‘Old Man’

5. My Mother Joins Me in the Prayers

11. Under the Pakistani Army’s Quarter Guard

13. Magistrate Faisal Tehseen Memon and His Style of Voluntary Confession

17. The Court Martial and Shuttling from Mianwali to Kot Lakhpat and Back

18. Some Insights into ‘Real Politik’ Gained in The Jails of Pakistan

19. The War of 1971 and a Frightful Journey from Mianwali to Multan

22. Silverline on the Horizon