Home General Indlish - The Book for Every English Speaking Indian 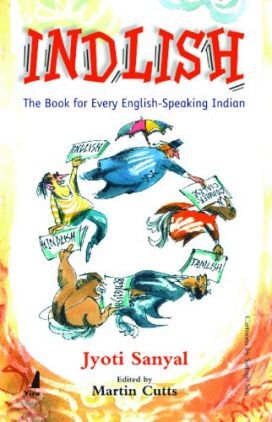 Indlish - The Book for Every English Speaking Indian

Indlish - The Book for Every English Speaking Indian
About The Author:

Late Jyoti Sanyal, after 30 years with The Statesman, where even his friends thought him hot-headed, choleric and impatient, Jyoti Sanyal became Dean at Asian College of Journalism, Bangalore, in 1997. Remembered as a hound in class and a lamb outside it by the trainees he inspired with his love of both story-telling and expressive language, Sanyal then devoted himself to Clear English India (www.clearenglish.in), which encourages people to use good contemporary English instead of Raj-day commercialise.

1.MAKING A BOTCH OF WRITING - See-sawing to plain English, The familiar abuses. . . are now on hold, The whirligig of circumlocution, Bugs in our pens, Tell, don"t preach, The clatter of clutter, Clutter bugs, Shrink or sink, The logic of it, The secret of bad writing, The cult of vagueness.

2.THE LETTER WE WRITE- Cancel forthwith under intimation, As per your esteemed order of the 26th ult, Of false starts, Of breech-delivery formats.

3. JOHN COMPANY BABOO AS HACK- Case for the defence, He noted, and said and added, Meanwhile, he pointed out, Two miscreants aborted, and escaped , Criminals with calling cards, The member charged and the minister assured, With regard to the matter regarding, In their respective dhotis and saris, respectively, A facility for facilities, This involves the involvement of, Making an issue of it, Indulging in fraudulent activities, Words without meaning.

4.USAGE INDLISH STYLE - She is having two daughters, I have seen that film last week, This condom costs very less, On Sunday, I went to my native, Write it today itself and post it tomorrow itself, People have different different tastes

5. THOSE TROUBLESOME MIDGETS - I also don"t like that film, He is equally as good as, No parking both sides, Balancing with both, Only where it belongs, Clinton even took care to get photographed.

6. MOTHER TONGUE, OTHER TONGUE - Let"s plainspeak, The lady with mahogany legs, Jest choop and chel, Enemy fire had been responded to, The complexity arises from the fact that, The point is sought to be evaded, May the lowliest be permitted, Can you give me one glass of water?, That leaves us none the wiser than, Lover, you are very that thing, Why worry about small small things?

7. YOUR READER DESERVES BETTER, Make me see, Show, don"t tell, The role people play, Tell me a story, Dodging visual detail, Writer, be quiet!, The sound of talk, The power of dialogue, Utterances no one uttered, Set the scene; get them talking, Dialogue in your daily, The voice of the narrator.