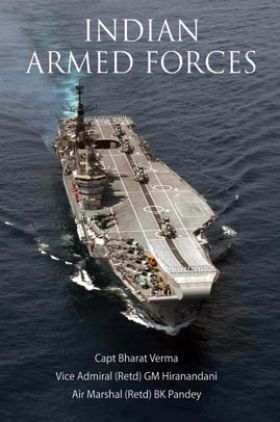 India’s Armed Forces comprise the world’s second largest Army, the fourth largest Air Force, the eighth largest Navy and the largest Coast Guard in the northern Indian Ocean. In their respective domains, these four Services are entrusted with the security of the air space above India, of more than 14,000 kilometres of land borders, 7,500 kilometres of coastline, 156,000 kilometres of shore line and an Exclusive Economic Zone of two million square kilometres.

In its sixty-year post-colonial history, India’s Army, Navy and Air Force have fought five wars – one against China and four against Pakistan. Every year, these Armed Services provide succour to thousands of people when rivers overflow their banks, when cyclones devastate coastal districts, and when occasional tsunamis and earthquakes maroon hundreds of thousands of people. Overseas, India has been a leading contributor to the United Nations’ Peace Keeping Missions.

2. Role of the Armed Forces

3. The Command and Control Structure of the Army

4. Branches of the Army

5. A Glimpse of Life in the Army

6. Traditions and Customs of the Service

7. Recruitment in the Army

8. A Brief History of the Wars and Conflicts after Independence

10. The Navy’s Development after Independence in 1947

17. The History of the Indian Air Force

20. IAF: Meeting the Challenges of the Twenties