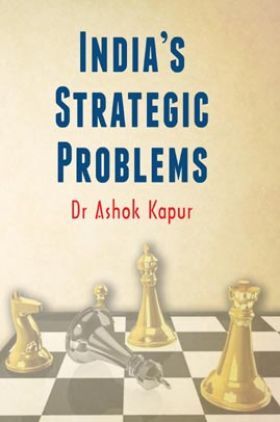 India had a bad introduction to the world of diplomacy and military strategy because her first Prime Minister Jawaharlal Nehru, lacked administrative, diplomatic and military experiences. His policies ignored major global trends which were based on geopolitical calculations rather than moral force. The distortions which Nehru created became a permanent feature of Congress Party’s strategic culture.

The process of unwinding the Nehru legacy has been slow and retarded by the lack of defence consciousness among Indian ministers and civil servants. Indira Gandhi’s military victory in 1971 did not improve India’s position in the Asian balance because there were no limits to the capacity of China, Pakistan and the USA to act with impunity against Indian interests. Can the Modi government change these equations to India’s strategic advantage and to learn from the past? This can be done by ‘escalating and negotiating’ with hostile powers and by developing new partnerships in Asia.

1. Starting on a Wrong Foot

3. Characteristics of States-systems and India’s Place in it

4. The International Context of Decision-making in a Subordinate State System in the Early 1950s

5. The Origins of Indian Diplomacy and its Problems

7. Indian Diplomatic and Strategic Tilts from the 1950s and the Basis of a new Strategic Orientation after 1962

9. The First (regarding Kashmir) and the Second Interventions (regarding Atomic Energy) Compared

11. The Decline of Indian Influence and Power in the World System