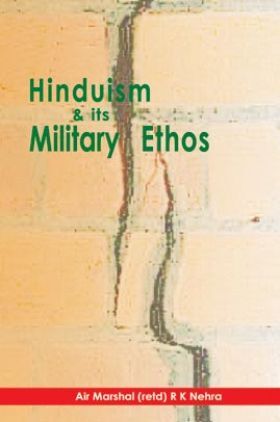 What is (real) Hinduism? The simple answer is that there is no ‘simple answer’. We know Hinduism as the most ancient, complex and fascinating religion of humankind. It may also be the least understood due to bewildering variety of its thought processes, which are both original and sublime.

An attempt has been made in the book to present a short and simplified, yet comprehensive view of Hinduism – its culture and civilization. The vast range of Hindu gods and goddesses is fully explored. It is considered that after going through the book, aam admi (layman) would be greatly informed about Hinduism; and Hindus will feel empowered about their religion. The book will be of special interest to NRIs, especially of the second generation, in search of their roots. For everyone else, including the foreigners, there is a fascinating story waiting to be discovered.

The second half of the book relates to study of the Hindu military value system from the earliest times of mythology to the present times. Issues of Hindu military mindset and 750 years of unending slavery are covered in detail. The causes for the Hindu military defeats are analyzed with an extraordinary degree of candor; the conclusions reached shatter many a prevalent myth.

10 Polytheism vs Monotheism — The Confusion

14 Some Hindu Sayings — The Problem Area

19 The Gupta Empire and its Aftermath

42 Summary of Causes of Hindu Defeats