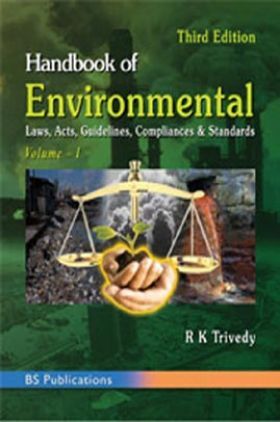 It gives me immense pleasure to present the third revised, enlarged and updated (till January 2010) edition of Handbook of Environmental Laws, Acts, Rules, Guidelines, Compliances and Standards. The previous two editions (1996 and 2004) have been received very well not only in India but in many other countries. The book is immensely popular and also features in List of Recommended books for UGC (University Grants Commission, India) syllabus on modular course in Environment. Considerable changes have taken place in India during 2004-2009 with regard to Environmental Governance and enactment of legislations.

‘Climate Change’ and ‘Carbon markets’ have added new dimensions to the whole environmental scenario in India. New Environment Policy for India was also announced in 2006. Much more is also going to come too soon and shall be included in subsequent editions.