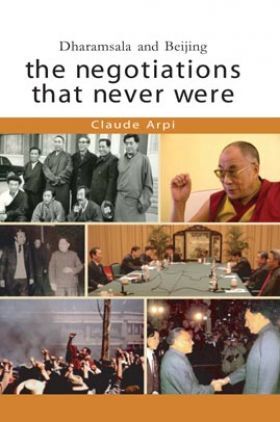 Dharamshal And Bejing The Negotiations That Never Were

Dharamshal And Bejing The Negotiations That Never Were by Claude Arpi
Book Summary:

In October 1950, Communist China invaded Tibet. After nine years of difficult co-habitation with the occupiers, the Dalai Lama, the young temporal and spiritual leader of the Tibetans, had no choice but to flee his country to take refuge in India.

It took 20 years for the Tibetans to renew a dialogue with the leaders in Beijing. Soon after Deng Xiaoping’s return to power in 1978, the first contacts were made. Using rare documents, this is the story of thirty years of encounters between the Tibetan Administration in Dharamsala and Beijing.

Today the stalemate continues; Beijing refuses to offer any sort of concession to the Dalai Lama’s demand for a genuine autonomy for Tibet. Just like the border ‘talks’ between India and China, the negotiations with Dharamsala have never really started.

2. The Last Bridges are Cut

3. The First Contacts in the Seventies

4. Seeking the Truth from Facts

6. Internalization of the Tibetan Issue

8. The Nineties, the Difficult Years

10. Eight Round and A Special Meeting

11. A Different Interpretation : The Case of Bapa Phunsok Wangyal