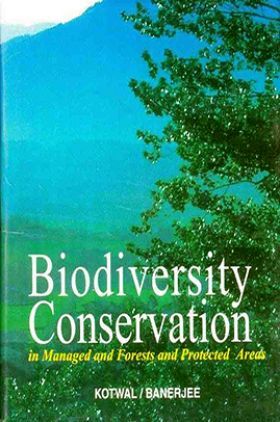 Biodiversity Conservation in Managed and Forests and Protected Areas

Biodiversity forms the root of all living systems. India is fortunate enough to 3 ranked sixth among the twelve mega biodiversity countries. Its biological resources include 50,000 species of plants and 81,000 species of animals, eluding ones belonging to lower phylas. However, due to habitat loss and overexploitation owing to burgeoning population, the biodiversity of our country is severely threatened and some species which one abundantly round, have now become rare and some have even become extinct. The Indian cheetah (Acinonyx jabatus) is one such stark example.

Audience of the Book :
This book Useful for Biodiversity.
Table of Contents:

7. Biodiversity of Dangs and Dharampur Forest of Gujarat

9. Animal Diversity in Some Managed and Protected Forests of North-East India with Particular Reference to Soil Fauna

10. Distribution of Mycorrhiza in Forest Sites At Amarkantak: its Relevance to Biodiversity

12. Studies on Bhoj Wetland with Special Reference to Macrophytes and Water Supply of Bhopal

13. Conservation of Biodiversity in Degraded Ecosystems

14. Impact of Habitat Loss and Habitat Fragmentation on Biological Diversity

16. Biodiversity Conservation and Economy of the Indigenous People

18. Impact of Growing Population and Resource Consumption on the Biological Diversity

19. Fostering the Diversity: A Combination of Technical and Social Approach Is Necessary

20. Ethno-Ecological Concept of Forests Management Vis-Vis Protection and Exploitation By Tribals of India