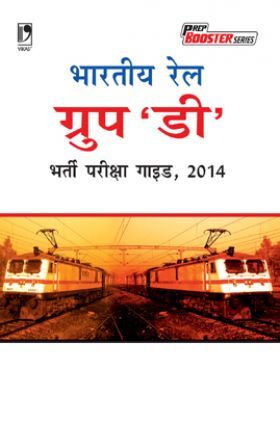 The Indian Railways, as one of the pillars of India’s infrastructure, has a symbiotic relationship with the country’s industry and economy. The Railways play a crucial role in the transport of coal, iron ore and raw materials for the manufacturing industry, fertilizers, cement and steel products and food-grain, and in the movement to and from the major ports, as well as the transportation of people. Transport being a derived demand, any growth in the economy fuels the demand for transport. This book, Indian Railways Group ‘D’ Recruitment Examination Guide (under the Prep Booster Series), has been developed as an all-inclusive resource for aspirants preparing for the tests conducted by the Railways Recruitment Cell for Trackman/ Traffic Porter/ Gateman/ Khalasi/ Safaiwala/ Carriage Cleaner/ DSL Cleaner/ Hamal/ Chowkidar/ Station Peon/ Cook/ Helper/ Traffic Khalasi/ Trolleyman/ Hospital Attendant/ Station Porter/ Parcel Porter/ Scale Porter/ Call Boy/ Box Boy/ Running Room Baira/ Watchman/ Gang Man/ Token Porter, etc. It is useful for all the tests being conducted for the railway zones such as Northern, Southern, Eastern, Western, North Eastern, Central and Konkan Railways

Audience of the Book :
This book Useful for competative examination students.
Table of Contents: