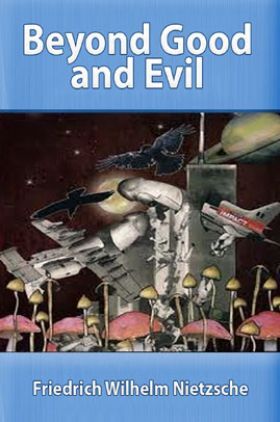 Beyond Good and Evil eBook By Friedrich Wilhelm Nietzsche

Beyond Good and Evils one of the most remarkable and influential books of the nineteenth century. Like Thus Spoke Zarathustra, which had immediately preceded it, Beyond Good and Evil represents Nietzsche's attempt to sum up his philosophy—but in less flamboyant and more systematic form. The nine parts of the book are designed to give the reader a comprehensive idea of Nietzsche’s thought and style: they span "The Prejudices of Philosophers," "The Free Spirit," religion, morals, scholarship, "Our Virtues," "Peoples and Fatherlands," and "What is Noble," as well as chapter of epigrams and a concluding poem. This translation by Walter Kaufmann—the first ever to be made in English by a philosopher—has become the standard one, for accuracy and fidelity to the eccentricities and grace of style of the original.  Unlike other editions, in English or German, this volume offers an inclusive index of subjects and persons referred to in the book.  Professor Kaufmann, the distinguished Nietzsche scholar, has also provided a running footnote commentary on the text.