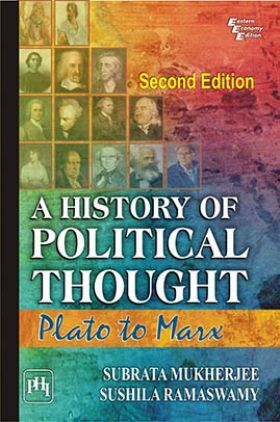 A History Of Political Thought : Plato To Marx

About The Book A History Of Political Thought
Book Summary:

This lucidly written text, in its second edition, continues to provide a comprehensive study of the classical political tradition from Plato to Marx. The book elucidates the fascinating evolution of the history of political ideas, through the works of thirteen key political thinkers which includes Plato, Aristotle, Machiavelli, Hegel and Marx.

The text highlights the decline and revival of classical political theory and portrays the clash of universalism vs. localism in the classical tradition. It focuses on the recent interpretations of the classical texts, for instance, feasibility of the ideal State in Plato; civic humanism and republicanism in Machiavelli; the radicalism of Locke, and the contributions to the womans cause by John Stuart Mill.

The text is intended for the undergraduate and postgraduate students of Political Science of various universities, and for all those who are appearing for the civil services examinations.

NEW TO THIS EDITION :

Addition of an Appendix on John Rawls who is credited as a seminal thinker of contemporary times, having played a crucial role in the revival of normative political theory.