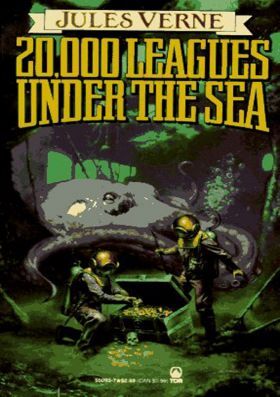 This edition of 20,000 Leagues Under the Sea includes a Foreword and Afterword by T. A. Barron. Jules Verne is considered the "Father of Science Fiction" because of the power of this--his most famous novel. The "man who invented the future," Verne created the prototype for modern science fiction. His prophetic 1870 adventure novel, featuring a bizarre underwater craft commanded by the mysterious Captain Nemo, predated the submarine. The crowning achievement of Verne's literary career, the book influenced H. G. Wells and later generations of writers.