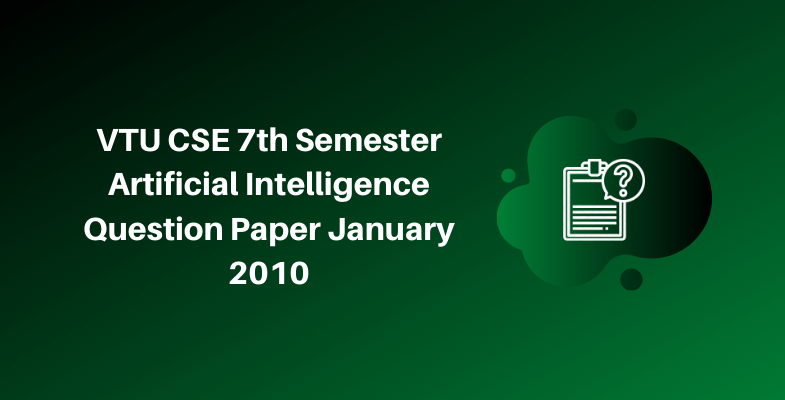 Every semester has an important role to shape the Computer Science & Engineering Career. To score the better mark in the Advanced Computer Architecture semester exam, you must solve previous exam Paper. It will give you information about the important chapters and concepts to be covered in all chapters.

1  a.  Define computer architecture. Illustrate the seven dimensions of an ISA.

b. Explain in brief measuring, reporting and summarizing performance of computer system.

c.   Assume a disk subsystem with the following components and MTTF:

Using the simplifying assumptions that the lifetimes are exponentially distributed and that failures are independent, compute the MTTF of the system as a whole.

2 a. Explain how pipeline is implemented in MIPS.

c.   What are the major hurdles of pipelining? Explain briefly.

d.  Consider the unpipelined processor in RISC. Assume that it has a 1 ns clock cycle and that it uses 4 cycles for ALU operations and branches and 5 cycles for memory operations. Assume that the relative frequencies of these operations are 40%, 20% and 40% respectively. Suppose that due to clock skew and setup, pipelining the processor adds 0.2 ns of overhead to the clock. Ignoring any latency impact, how much speedup in the instruction execution rate will we gain from a pipeline?

3  a. What are the basic compiler techniques For exposing ILP? Explain briefly.

c.   Suppose we have a VLIW that could issue two memory references, two FP operations and one integer operation or branch in every clock cycle, show an unrolled version of the loop x(i) = x(i) + s, for such a processor. Unroll as many times as necessary to eliminate any stalls. Ignore delayed branches.

c.   Suppose we have an application running on a 32-processor multiprocessor, which has a 200 ns time to handle reference to a remote memory. For this application, assuming that all the references except those involving communication hit in the local memory hierarchy, which is slightly optimistic. Processors are stalled on a remote request, and the processor clock rate is 2 GHz. If the base CPI (assuming that all references hit in the cache) is 0,5, how much faster is the multiprocessor if there is no communication versus if 0.2% of the instructions involve a remote communication reference?

b.  Given the data below, what is the impact of second level cache associativity on its mass penalty? Hit time La for direct mapped = 10 clock cycles

c.   What are the techniques for fast address translation? Explain.

b.  Explain memory technology and optimizations.

8 a. Explain detecting and enhancing loop level parallelism for VL1W.

b.  Explain Intel-IA 64 architecture with a neat diagram.

We have covered VTU CSE 7th Semester Advanced Computer Architecture Question Paper June 2012. Feel free to ask us any questions in the comment section below.