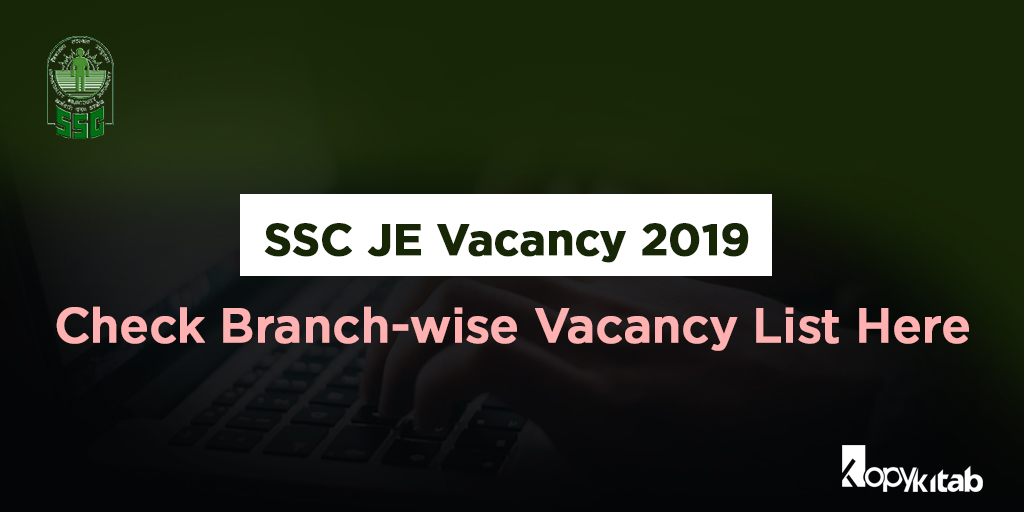 The Staff Selection Commission will be releasing the application form for Junior Engineer position on February 1, 2019. Candidates aspiring for JE post are advised to fill the application forms as soon as it is released. SSC JE Exam is conducted in two levels i.e., Paper I and Paper II. SSC JE Paper I is scheduled in April 2019 and Paper II is scheduled in July 2019. The SSC JE Application Form 2019 has begun from February 1, 2019. Staff Selection Committee (SSC) has released the official list of vacancies for the year 2019. Here in this blog, we have provided a detailed list of SSC JE Vacancy list as announced by the board. Go through the blog to know more.

According to a recent notice released by SSC, Staff Selection Committee has notified a total vacancy of 1601 vacancies for Civil, Electrical, Mechanical, and Quantity Surveying and Contract trades for the post of JE (Junior Engineer).

SSC recruits for the post of Junior Engineer (JE) every year. candidates who are aspiring to be a Junior Engineer from Civil, Electrical, Mechanical, and Quantity Surveying and Contract trades can check the complete list of  Branch-wise Vacancy for the ongoing SSC JE 2019.

Check out the below table to know about the complete vacancy breakdown for the post of Junior Engineer (Civil).

SSC released an official SSC Vacancy PDF for the year 2019. As you have gone through the complete branch-wise vacancy for the post of Junior Engineer (JE) above, you can also refer and download the official SSC JE 2019 Vacancy PDF.

Thus, candidates can start applying for the posts now before the last date. You can start your preparation for SSC JE exam with a wide range of JE Preparation Books available online.