Answer to all parts of the question should be attempt toghater .

1. (a)  Evaluate the Fourier transform of a saw tooth pulse define by :

Where α is a constant

(b)       State the parseval’s power theorem for periodic and non- periodic signals.

2. (a)   What is the concept of convolution ? Derive an expression for convolution of two time function

3. (a)    Explain the difference in theory in practical implementation between frequency modulation and

Which represents carrior puls on SSB- SC (LSB) wave? Determine the condition for which an

5. (a)       Why fm reception is supposed to be better than AM  reception ? Draw the block diagram of an

(b)    Discuss various source of the noice. What do you understand by the term noise figure ?

Find the probability of x1 and x2 lying the shaded area as shown in the ahead fig. : 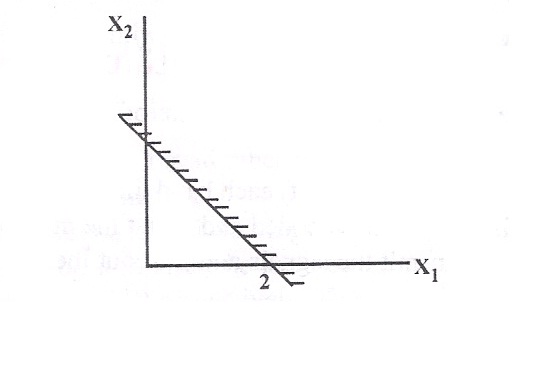 (b)     Describe the basic idea behind QPSK 4-phase PSK) system. Write down all possibilities input to

(a)     When is source referred to as ‘memory less’? Define the entropy of a discrete memory less source.

Give an example of such a source.

(b)   Consider a system of band with 10 kHz and a signal to noice ratio as 19Db. Calculate the channel

capacity of the system.

Write short notes on any three of the following: