(b) Three forces act on a particle ‘O’ as shown in fig  Determine the value of ‘F’ such that the resultants Of these three forces is horizontal. Find the magnitude and direction of the forth force which when acting along with the given three will keep ‘O’ in equilibrium. 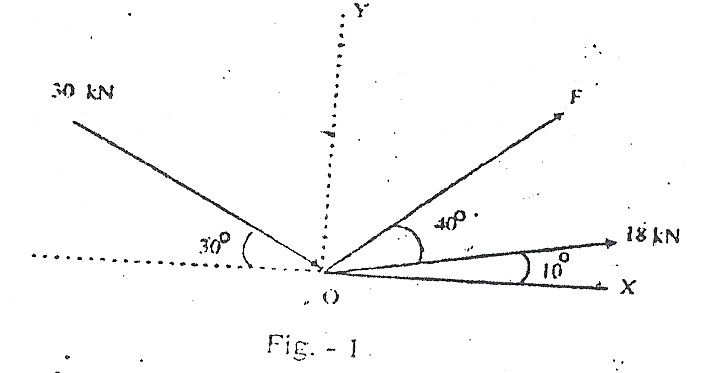 (c) A right circular roller of weight 5 KN rests on a smooth inclined plane and is held in position by a chord AC as shown in fig. – 2 find the tension in the chord and reaction at B, if there is a horizontal force 1 Ken acting at C. 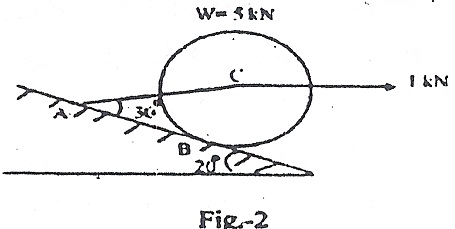 (d) An angle bracket is supported on a hinge and a roller as shown in Fig.-

Calculate the reactions at the hinge A 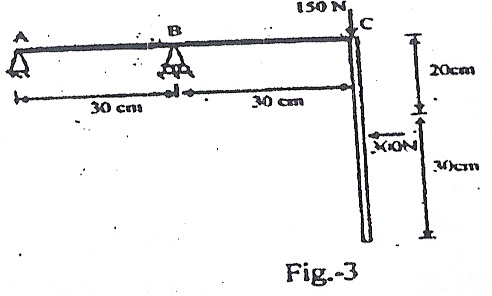 (b) Draw shear force and bending moment diagram for the cantilever beam shown in fig. 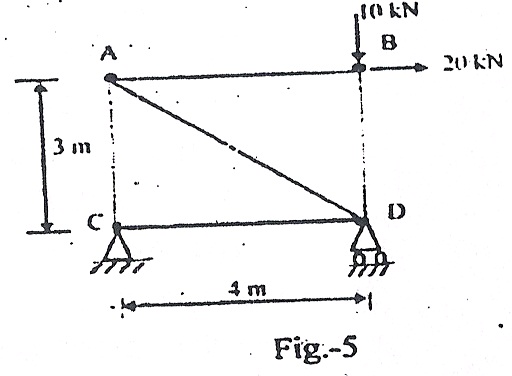 (d)Determine the magnitude nature of the forces in the members of the truss shown in fig – 6 using graphics  method. 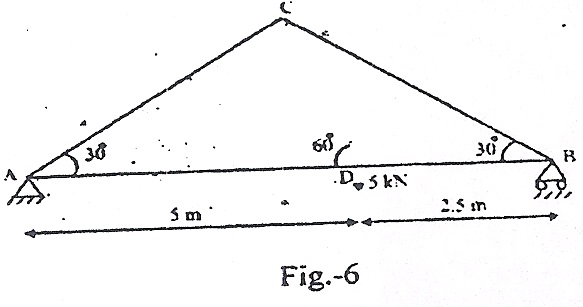 (b)A circular cylinder of radius 50cm and weight 200 N is placed in contact with a rectangular block of weight 150N on an  inclined of30°as shown in fig. 7. If the coefficient of friction is 0.6 find the value of   f to be applied parallel to the  plain   upwards at the block to initiate an upward motion of tb bodies. 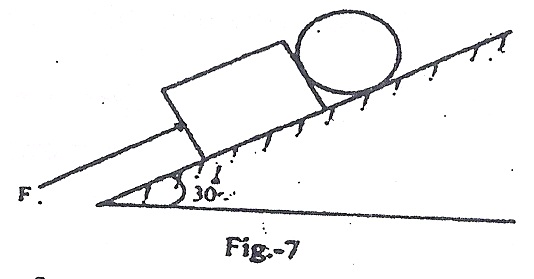 (c) Determine the force P required to start the wedge shown in  fig. The angle of limiting friction for all surfaces of contact = 15o neglect weight of the wedge A. 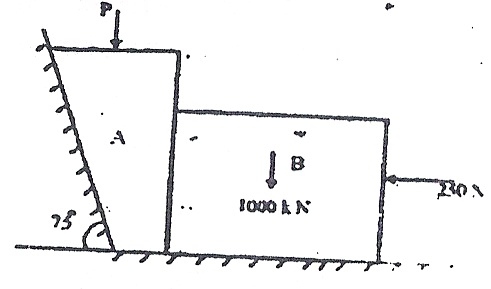 (d)For a flat prove that:

Where T1 = Tension on the tight side of the belt.

T2 = Tension on the slack side of the belt.

µ = Coefficient of friction between the belt ai pulley surface.

Θ = Angle of contact between the belt and the pulley.

(b) Determine the centroid of the shaded area which is boundejd by straight lines and a circular are as shown in fig. 9. 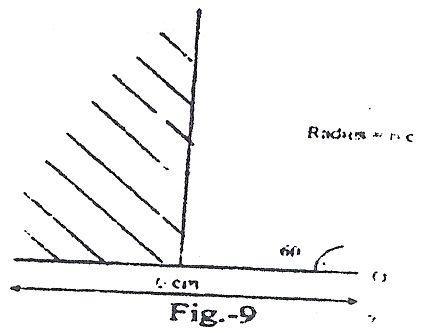 (c) Determine the moment of inertia of the composite area shown in fig . 10 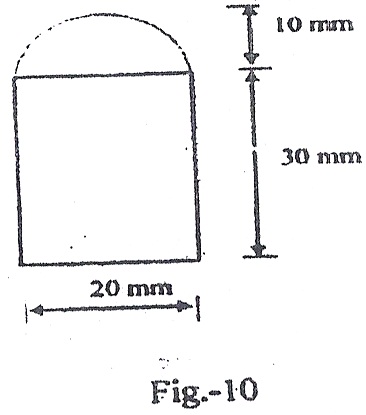 (d) Find the centroridal principal axes and the principal momen of inertias for the unequal angle section shown in fig. — 11 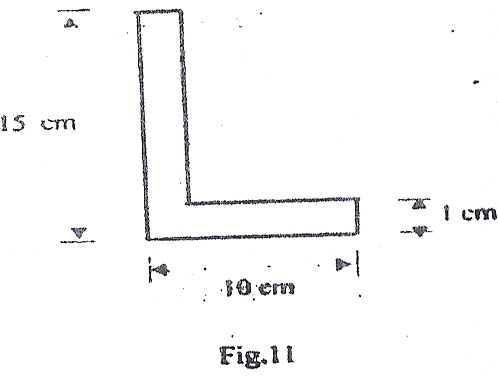 (b) A block of mass 150 Kg lying on an inclined plane angle 1( is pulled up by another block of 80 kg connected by a strin shown in fig. 12. The coefficient of friction between tt” inclined plane and the block 150 kg is 02. Find fr acceleration of each block and the tension in the string.

(c) A person weighing 800 N stands in an elevator.

the period of acceleration ?

(ii)If the elevator cage weights 7000N , find the cable tensio which corresponds to the case (i).

(iii)For what value of acceleration, the person would f weightless.

(d) A block do weight 10N falls a distance of 60 cm on the top of a spring as shown in fig -13. Find the velocity with which the block will struck the spring and the stiffness of the spring if it compres sed by 12 cm to bring the block momentarily at rest.