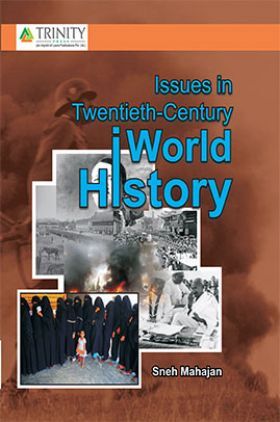 The twentieth century was the most extraordinary era in human history. It can be described as the most populated, most inventive, most communicative and most murderous century. It saw colossal events like the two World Wars, the rise of Fascism, the Great Depression, the strengthening and disintegration of worldwide empires, and the Cold War and its demise. It also witnessed great improvement in the quality of life as also in the capacity of humans to make such growth unsustainable. By the end of the century, globalisation became the defining feature. There were social movements centring on issues like preventing ecological degradation, human rights, empowerment of woman etc. Basically, these movements questioned traditional power structures. These developments decisively influenced both the ways of thought and modes of behaviour and, hence cultural trends. The results of these processes are still unfolding. Issues in Twentieth-Century World History covers this vibrant period of world history. Beginning with concepts of modernity, Nationalism, and Imperialism, the book covers each of the above issues in fourteen chapters. To make the text reader-friendly, an attempt has been made to have minimal historical conceptualization and to avoid academic jargon. It is written in non-technical and accessible language. The volume is directed at the graduate and undergraduate students of world history at various universities, at inquisitive readers, and those aspiring for competitive examinations conducted by the UPSC..

Audience of the Book :
This book Useful for History.
Table of Contents:

6.Rise and Fall of Fascism

10.Globalisation and its Implications